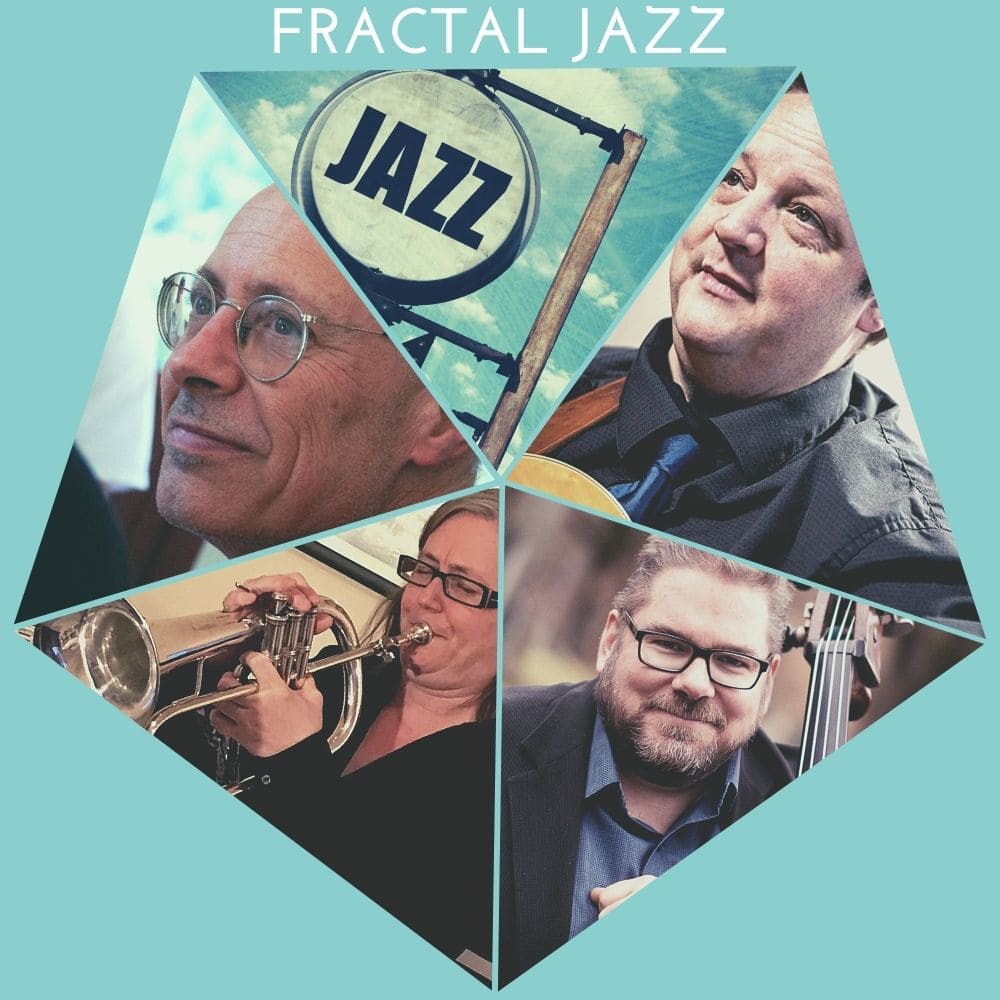 Pick-Your-Price! You can chose to pay any amount between $0 and $50.00 for your virtual tickets. Only one ticket is needed per screen so everyone in your household can watch the show on one virtual ticket.

We are not able to present Fractal Jazz with an in-person audience on Feb 27th as originally planned. Instead, we will be LIVE STREAMING the Fractal Jazz performance directly from The Bailey Theatre and into the comfort of your homes! Same night & time with Pick-Your-Price tickets! If you have tickets for the original in-person show, please contact our box office for a refund or to convert your tickets.

The group will be playing selections of music by artists they love including Charlie Parker, Lee Morgan, Clifford Brown, Art Blakey and the Jazz Messengers.

Daralyn Fox is a trumpet player and composer/arranger based out of Rossland, BC, fundamentally shaped by experiences at the Lionel Hampton Jazz Festival in Moscow, Idaho during her early years as a musician. It was during this time, legendary trumpet voices such as Arturo Sandoval, Freddie Hubbard, and Clark Terry left a significant impression. She loves high octane big band lead playing and can also be found in smaller groups creating music in the grand tradition of hard and post-bop masters like Clifford Brown, Charlie Parker and Lee Morgan. Daralyn has studied music performance at MacEwan University in Edmonton AB and St. Francis Xavier University in Antigonish NS with a focus on jazz. She has also studied with the likes of William (Bill) Dimmer, Dominic Spera, and Jon Faddis. In her time as a performing artist, she has had the pleasure of playing with the incomparable Tommy Banks, Bobby Cairns and Dominic Spera.

Mike Rud is a Juno award-winning jazz guitarist and songwriter. As an instrumentalist, Mike has played alongside some of the greatest jazz musicians of the era like Peter Bernstein, Kenny Wheeler, Herb Ellis and Joey DeFrancesco. As a songwriter and arranger, Mike won the 2014 Juno Award for his album Notes on Montreal, a critically acclaimed musical portrait of the city. It was inspired by the great literature set in Montreal (Michel Tremblay, Gabrielle Roy etc.) and sung by Sienna Dahlen. Mike’s subsequent 2015 solo release, Miniatures, delighted audiences across Canada, creating the effect of a small group with only his voice and his guitar. Rud has a master’s degree from McGill and studied privately in New York City with one of the fathers of modern jazz guitar, Jim Hall. In 2007 Mike spent a year studying how the brain processes music, in the laboratory of Dr. Daniel Levitin (author of New York Times bestseller This is Your Brain on Music). Mike has taught at McGill, Western Washington and Carleton universities, and speaks frequently at other music schools. He is also a music instructor at Selkirk College in Nelson, BC.

Rob Fahie attended McGill University, completing his Bachelor of Music in Jazz Performance. He then received a full scholarship to the University of Colorado to study a dual-concentration Master of Music degree (jazz and classical). During his career, he has performed at prestigious jazz clubs and premiere concert halls throughout the world including The Blue Note and Carnegie Hall. In 2013, Rob moved to Nelson and has succeeded in making a name for himself on the region’s vibrant music scene.

Our Six Beats Apart Series is sponsored by Kootenay Savings Credit Union, Century 21, McEwan Law, Trail Beer Refinery and Teck Metals Ltd. Our programming is made possible thanks to funding from the Government of British Columbia, BC Arts Council, BC Touring Council, Canadian Heritage, and the Vancouver Foundation.