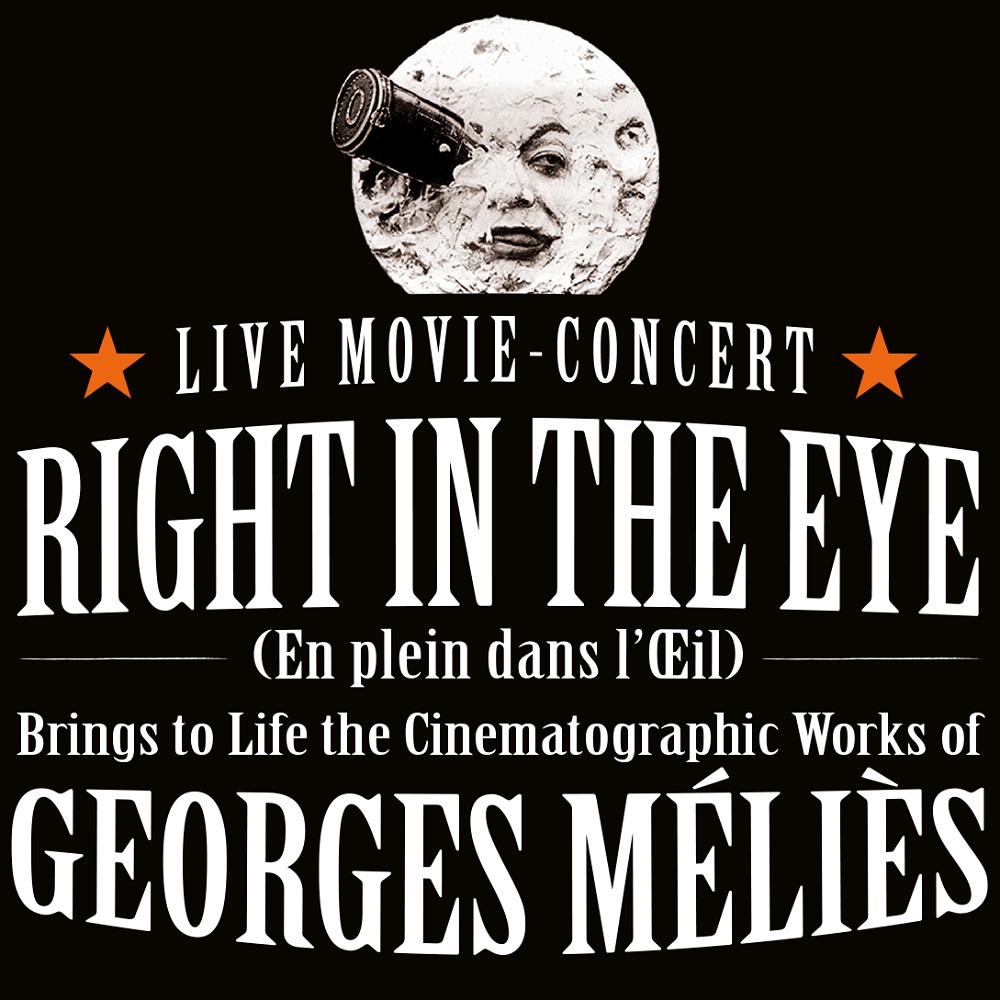 The Bailey Theatre joins in the Spooktacular fun with a free show to excite the whole family on your trick or treat trail.

The unique live movie-concert Right in the Eye, from PASOA/Alcoléa & cie, is the creation of the talented French artist, musician and composer Jean-François Alcoléa. The show features spooky, humourous, and mysterious short silent films by Georges Méliès (1861–1938), considered to be one of the inventors of cinematography. The films are accompanied by three live virtuoso musicians playing over 50 different instruments, who breathe fresh life into these cinematographic gems, creating an awe-inspiring multimedia show. The show has had over 600 performances in Europe alone!

“The three musicians whisk the audience away on a peaceful, dream-like journey to the moon or beyond – a feast for the eyes and fThe or the ears!”

Charlie Chaplin said Georges Méliès was “the alchemist of light.” And he was considered by the Lumière brothers as the “creator of cinematic spectacle,” Méliès was himself transformed from magician, theatre owner and producer to filmmaker when he was one of the first to see the Lumiere Brothers “Cinematographe”, in which moving pictures were first demonstrated in 1895. The French illusionist and film director was an inventive pioneer and brilliant entertainer, whose films such as “A Trip to the Moon’ (1902) and “The Impossible Voyage” (1904) were inspired by the universe of Jules Verne.

Méliès built the first movie studio in Europe; was the first to use storyboards and production and was a prolific inventor of special effects including multiple exposures, dissolves, time-lapse photography, and hand painted color. By the time his film making career ended as a result of reversals of fortunes during World War I, Méliès had created 531 films, with some of the most memorable images in the history of the cinema.

3 x 20-minute shows followed by the chance for audience members to go on stage to look at and try some of the instruments.

This show is part of Spooktacular with all ages fun, including music, market, activities and more!  Costumes are encouraged.

Presented by Trail & District Arts Council, in conjunction with the City of Trail’s Spooktacular, this show is supported by Teck Metal Operations, Consulat général de France à Vancouver / Consulate General of France in Vancouver, and the City of Trail.